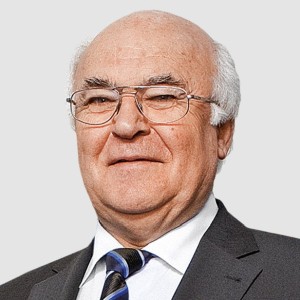 AMartin Herrenknecht (born in Lahr, Germany on June 24, 1942) is founder and Chairman of the Board of Management of Herrenknecht AG. After earning a Professional Engineer Degree he took jobs in Switzerland, Canada and Germany, designing road machinery and managing work sites. In 1975, he founded an Engineering Service Company, and in 1977 the Herrenknecht Tunnelling Systems GmbH (transformed to AG in 1998). Martin Herrenknecht has received many honors, including an honorary doctorate (Dr.-Ing. E. h.) from the Carolo-Wilhelmina Technical University in Braunschweig (Brunswick), entry into the Handelsblatt Hall of Fame for German Entrepreneurship and the German Founders Award in 2013. In December 2015, he has been awarded the Werner von Siemens Ring – one of the most prestigious technical engineering awards.