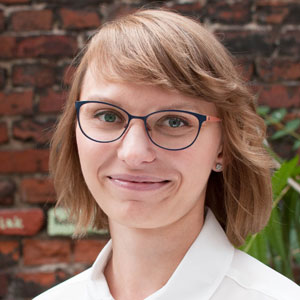 Graduated from Wrocław University of Technology in the field of Civil Engineering. Since 2010 works as a didactic assistant at the Division of Constructions Mechanics and Urban Engineering. Her scientific activity concerns analysing of operation of the sewers renovated using trenchless technologies, as well as computer modeling of operations of underground infrastructure constructions. Acting as maintainer and operator of the “Mobile Research Laboratory of Municipal Underground Infrastructure”, Ms. Beata Nienartowicz expands her professional skills in conducting on-site tests in order to specify the technical conditions of underground municipal constructions. Author of several domestic and international publications and co-author of many scientific reports that have been realized under the Prof. Cezary Madryas supervision.