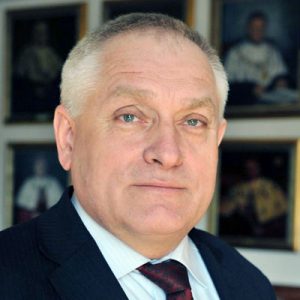 Serving two terms as the rector of Tadeusz Kościuszko Cracow University of Technology (2008–2016), now he holds the position of the president of Civil Engineering Committee (Polish Academy of Sciences), as well as the president of  Technical Sciences Commision (Polish Academy of Learning). Until 2020, he will also hold the position of the president of the governmental Central Commission for Academic Degrees and Titles. He is the author and co-author of over 240 publications (of which 60 are written in foreign languages), 140 expertises and 70 executed projects (both construction and renovation projects). The most important is the co-authored project of the combined bridge over Regalica river in Szczecin (length of the span: 116,25 m), which was prized in a Bridgework of the Year competition.